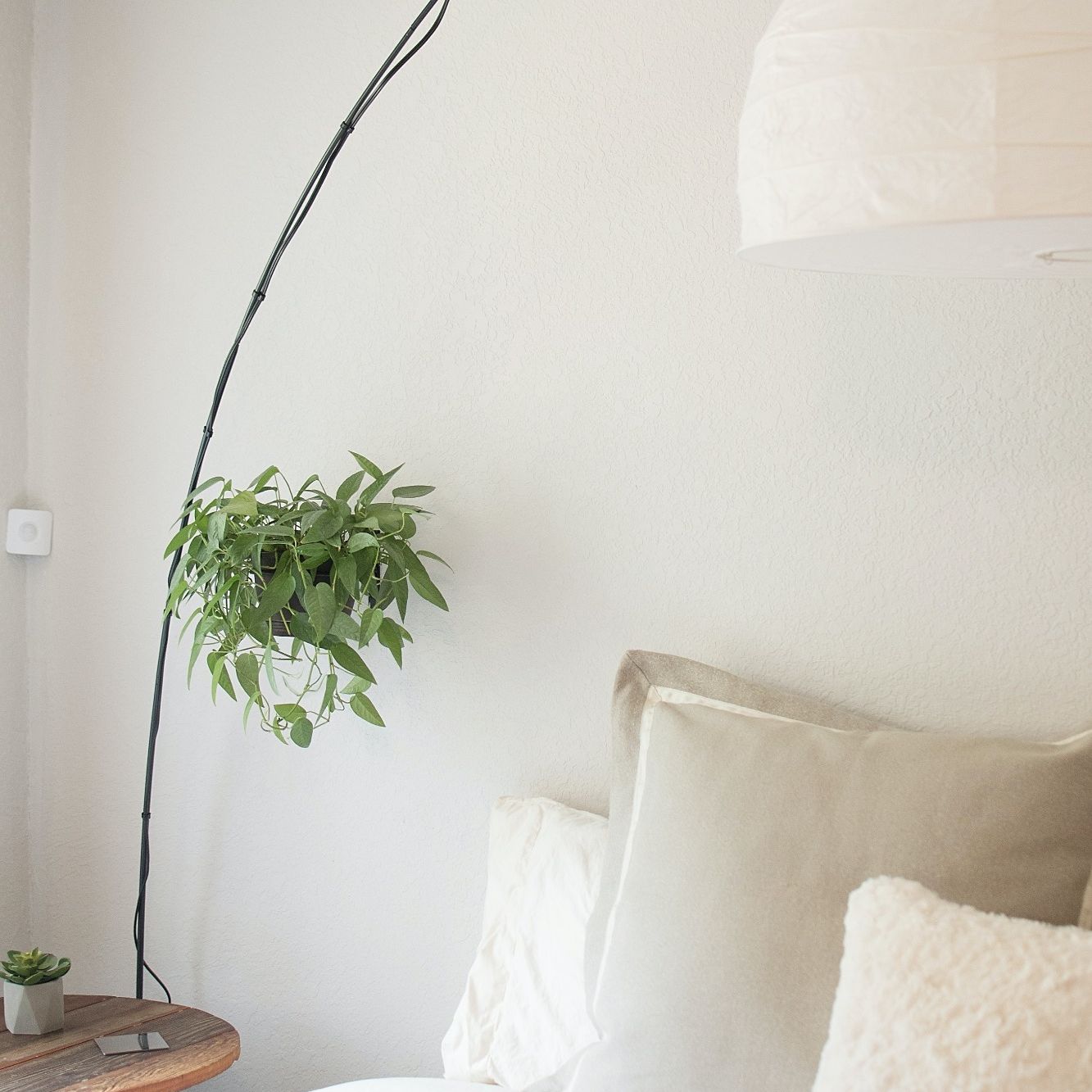 What could a declutter do for you?

Huge thanks to my client for writing a personal account of her experience and how decluttering really can benefit YOU - your home, your mind and your wellbeing.

It was just after the Christmas holidays. I was looking around my flat thinking ‘why do I have so much stuff?!’ and I had such a heavy feeling inside.

I have realized keeping ‘stuff’ is in my DNA. It is definitely an inherited trait, and I’m sure if the BBC did a “who do you think you are” on my family, they’d just find generations of busting houses full of bags and ornaments, but in slightly blacker and whiter, sepia-esq pictures.

‘What is the harm in a bit of clutter?’ you might ask if you’re a Clutterbuck like me. You might even feel comforted by it. Well, for me, it talks to me. I can hear it. It gets right in my earhole. ‘Look at me, I’m here!! I’m gathering dust and useless, I don’t fit, I’m here to remind you how fat you are’ etc. I have one of those big 5 x 5 kallax cubes in my living room, and it screams at me ‘I’m full, I’m slightly leaning under the weight of all your stuff!’. When my clutter is talking to me, my head is unclear. I get a feeling of being overwhelmed. It is as if there is no room in my head for all the functioning day-to-day activities that my brain needs to compute. I know this is a thing, because when I go away in my tiny caravan, I have the most relaxing time. Mainly because I have a finite amount of space to put stuff, and a limit on the weight of the things I can carry. When I have less stuff, I have less to do. By that I mean less to wash, less to clean, less to put away and less to carry. And it makes me feel FREE. Like really liberated. And, if you set something on a flat surface in a caravan it will just fall off. But I digress, therefore I know there is a link between material existence of things, with a psychological negative attachment and weightiness to it.

So, as I sat on the first week of January, in the doldrums of winter, I decided something had to happen and I needed some help to do it. So where to start, but Google. I looked up “De-clutter” and my area. I found lots of ideas and Pinterest stuff but not many actual humans or organisations. There were two businesses that caught my eye. One in London and one more local , 1.5hrs away called The Organized Zone.

I sent an email, and I was contacted shortly by a bright and lovely human called Stephanie. I explained the quagmire in which I had found myself, and she told me without a doubt that she could help me get out of it. Deal. We set a date for her to come and assess my situation in two days’ time.

Now, the thoughts ensued after this call, and before her arrival were a bit tormentuous. ‘You’re such a failure, imagine having to pay someone to come and sort your stuff out?’ and ‘why don’t you just get on with it?’ and ‘what will she think when she sees all my stuff?’ And back to ‘how ridiculous, you have to get someone in.’ but I shut all of them questions up with ‘well you’re clearly NOT doing it yourself, and there’s nothing wrong with asking for help!’ As for the reckless spending of money on the problem, I thought I would tackle that notion after her first visit, as I honestly didn’t know at this point if it was worth it.

So. Stephanie arrived at my front door within 2 days of my phone call, a bit like Nanny McPhee, but much better dressed.

The mere action of making that first phone call meant I was inspired to put pen to paper about all my problem areas, and what items did not seem to have a home or belong anywhere. I had a little journey of discovery and realized I had two issues. Flat Surfaces and too many belongings. The minute I introduce a flat surface in my house, it gets set upon. Keys, books, mugs, magazines, handbags, post, headphones. There is no limit to what I can find to set down. That’s because I haven’t got any good habits and systems. I have also never felt very ‘normal’ and have resorted to asking myself on multiple occasions “where would a normal person keep that?”

We went round my place with my list, and I explained my lifestyle, what was important, how I used the spaces, and how the clutter was making me feel. Funnily enough, she had heard it all before and didn’t run screaming from the front door. I agreed with her that there was no point in sourcing more storage solutions until we had gotten rid of all the stuff I didn’t need. Since there was a particularly good chance I wouldn’t need more storage, but just needed better systems and design of the space available.

We started that very day with the Kitchen. The lack of a larder meant I was overspilling into several cupboards, none in sensible locations, and I couldn’t easily see what was in them. We emptied the various spices that came into being circa 2006, tins and jars of rations from the back of the cupboard, got rid of old blunt knives, old pans, tamed down the Tupperware cupboard and number of flasks, and rearranged everything. She showed me some great systems I could buy to organize my drawers and utilize my under-sink storage better. No stone was left unturned or cupboard uncleaned, and now for the best bit. She took all the unwanted items away with her. That meant I didn’t have to leave the house, find a parking space, charity shop, or drop anything off. It just magically left my house (in the back of her car) and it also meant I couldn’t change my mind about anything or go hoking about through it. That night I cleaned all my worktops, bought all the bits online I needed to help finish it, including a nice magnetic knife rack for the wall and by the end of that weekend I was feeling very happy that I had made a start. I also sent Stephanie pictures like a proud schoolgirl, showing my progress.

The next problem area was my work area and filing. I work in the corner of my dining room, and I had “in-trays” groaning under paperwork that needed filed, a desk piled high with bits of paper, and jotted down scribbles. In the living room was a magazine rack full of magazines I still hadn’t read, and zero system that worked. Stephanie arrived again and did her magic. She sorted out all my filing, put it away, labelled, and gave me some ideas of filing systems to use that would serve me better (vertical filing as opposed to horizontal). That was a weight off my mind, and I was left with a clear work area, ordered a new filing storage tray, and functional printer table, and even bought four new dining room chairs to make use of the space better, so it looked clear and tidy.

I was now really well into the mindset and process. In between the visits, I was gee’ d up to keep going. I cancelled the magazine subscriptions, and alone I tackled the IKEA cube of doom. Twenty-five deep filled spaces of books and ornaments. I got rid of over nearly 100 books. I bought some filing inserts to fill the newly freed up space and the whole thing looks a lot tidier, and nice and now possible to clean.

The third visit was one I’d been dreading. My bedroom. Built in wardrobes and drawers stuffed to the rafters with clothes, shoes, and sports stuff. We started in one corner and worked our way methodically round the room. I had bought a load of drawer dividers and organizers in advance, and these are a godsend for keeping everything where it is needed. The drawers were sorted into smalls, t shirts, sports leggings, jeans, layers, socks, vests; the summer and winter clothes were separated, including the space stealing ski wear. I learnt how to fold clothes so I could easily see it and got some tips on space saving hangers along some nifty ideas on how to keep hoodies, and other untidy clothing. It was a long day, and again, the five huge bags of clothes (some sentimental but needing gone) were magic’d away in the back of her car. This was when my first question was answered. As we filled her Ford SMax with the 100 or so books, charity clothes, things I didn’t need, the relief that it wasn’t me that had to sort through it all was immense. THAT is what I paid the money for, and it was worth every penny to see it drive off in its glory, jingling ornaments, jigsaws, and stuff up the hill. The pangs of separation anxiety I felt for my belongings was soon replaced with an unbelievable sense of uplift. I went back to my room. Changed my bed, wiped down all my newly discovered flat surfaces, and slept like a baby that night. My head was cleared and the weight was lifted. Every item of clothing I was left with had a space. A space to be put away when washed, a hanger to be hung on, a gap in a drawer to be placed in. There was no more stuffing things in, or throwing things on one top shelf. Everything was segregated, and visible. Everything had a place.

I am now planning my fourth intervention with her. It is exactly 4 weeks since I picked up the phone. Four rooms in my house have been totally emptied and sorted out. Still remaining is my wonderfully large hall cupboard, spare bedroom, bathroom, and rather endless collection of shoes, coats and hats. It is most definitely work in progress.

I have deliberately not given away too many solutions and tips, simply because each house and person is different. Being confronted with a load of solutions before you’ve got to grips with what the problem is in itself can be overwhelming. I needed to invest in hiring a person who has studied this (yes, an actual diploma) and has experienced and solved all these problems before. She wasn’t a friend, as in someone who could be easily talked round, manipulated or would buy into my emotional attachments. She listened to my reasoning for having it all and wanting to keep it all, and then helped me let go of most of it. She mucked in alongside me, and we got on with it. And it has been worth every penny. 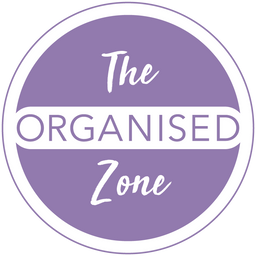